The Grey Wrote: One area I would like to know more about - do you have a process for generating new ideas like these? I'm not asking for your specific tactics, but can you shed some light on how you gauge demand?

I don't come up with many ideas, as it's best to stay away from them. I got distracted trying to make a crypto site last year, but I just don't have the time for it. Mainly I will see pre-existing ideas, but as noted in the post I had a couple of other ideas. Most of the ideas I've had I can't remember off the top of my head. But the site I run, I first noted the idea when I was 16. There was a site listing links to other sites and I noticed that some of them went through funny links like: http://jdocqury.com/partnertlink?2332423&pref=34234 And assumed this must have been some way of tracking traffic, so the referring site could earn commissions. I noted it was something I could do; and did many years later. If there are any areas you are interested in, like sports supplements or cars, look at the information sites in the niche; any comparison sites. Look at the main affiliate brokers like CJ.com. See what's being done. You may be able to get more ideas from those or see how they can be done better. If you pick something good you should soon have lots of ideas of features for the site and can choose the best ones. I based the site on two other sites, with the aim of doing what they did bigger and better. There wasn't much unique about it. To assess it I gauged the approximate amount of traffic to the site, which I think was about 20,000 per day. I considered that the site was a helping aid for people to make buying decisions and assumed that would lead to good conversion rates. The main affiliate programs were paying out 25-35% (info products). I noted that it was also low competition, as it's mainly a niche for old people who can't make sites. That's why I suggested a catalog of stamps above. It's for old people and there are is no serious competition in terms of reference sites. So I knew there was the potential to get to around 20,000 hits per day (it took 2 years to get to this level). I presumed I could make something like $600 or £600 per day getting 20,000 visits per day. So I presumed I could make $/£100 from 3,000 visits per day. I made the site and put it up. As it was a brand new domain it spent most of the first six months in the sandbox (which definitely does exist). I think the average traffic was about 75-150 visits per day to start with. It helped that the site was big - about 150,000 pages and they were low competition (SERPs). Even with that amount of traffic I was getting about a sale per day and the average commission was about $15. The site popped out of the sandbox and went up to 100s visits per day. And it was probably sometime like that I made the first £100 in a day. So by that point I knew it was going to be able to make as much as I wanted, within the first month or so. But for the first six months it popped in and out of the sandbox. I just recycled all the income into getting more content on the site. So your variables are: level of competition, % affiliate payouts, conversion rate, predicated traffic. If you can get a lot of pages on a low competition site then that's a very good start. It obviously takes time to ease a site into search rankings and that will make it easier for you. That would be where certain government databases come in handy. Like that British Listed Buildings site. It's a database of 500,000 buildings (low competition) with probably 10s of millions of words of text that are just lying there, waiting to go online. Something like that would be a very easy starter site, but not a long-term project. Also, in particular with new sites Google doesn't like a lack of unique text on pages, or sites with lots of pages. If starting a brand new domain with 10,000s of pages it's best to ease them into being indexed with robots.txt, no metas. I'm not so keen on the prospect of product sites. No one really wants to link to your affiliate site of product reviews. But good reference sites will become one of the most linked to sites in the sector over time. You don't really need to link build for them. I've done two days of link building in several years. 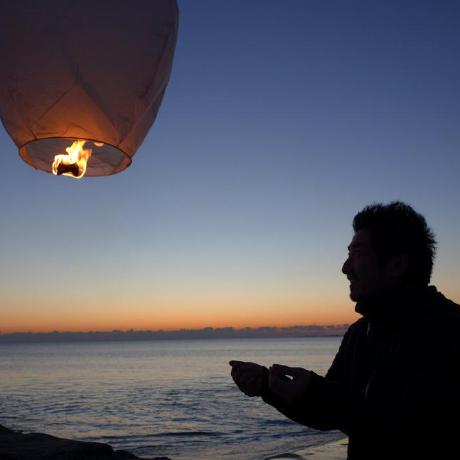